After thirty-five years in the business, amusement/carnival game manufacturer, Twister Display, is on track to sell its 10,000th dunk tank!  Their 10,000th dunk tank is expected to be sold sometime in August of 2021.

Back in 1981, an inventor by the name of Duane Plonta observed the dangerous, rickety, makeshift dunk tanks that were commonly used on the carnival circuit.  These were often made from large, rusty farm stock tanks which, in addition to being unsafe, were cumbersome to transport. 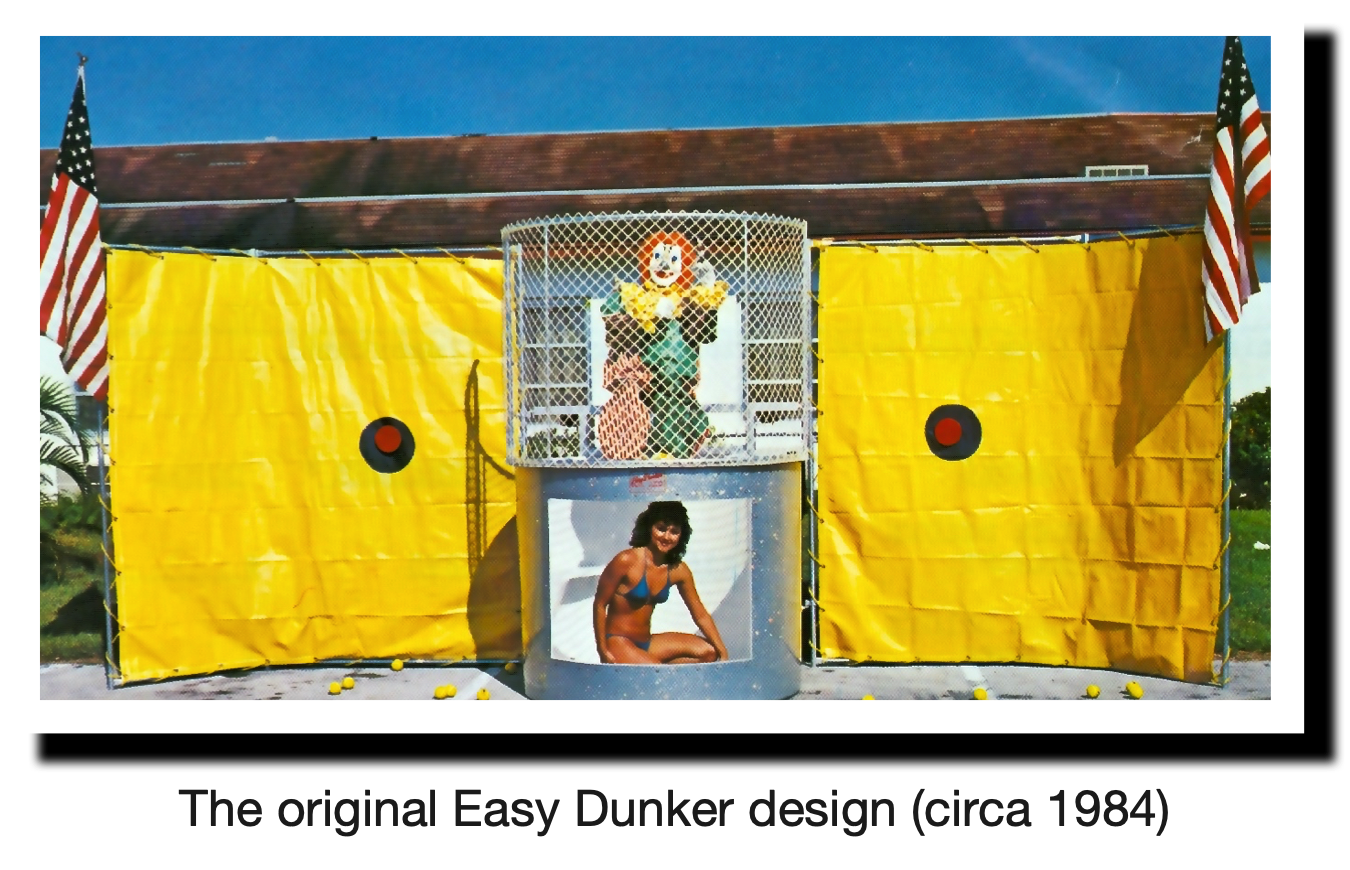 In response to this need, Mr. Plonta designed a safe and portable, professionally manufactured dunk tank.  After refining the design and having a tank mold created that was specific to the needs of a portable dunk tank, the first towable dunk tank, branded “the Easy Dunker", was introduced to the world, becoming an immediate hit on the carnival circuit.

In 1988, Twister Display was sold to Harry Smith, who had just left his job as an engineer for Westinghouse Electric in hopes of launching out on his own and becoming an entrepreneur.  Harry moved Twister Display from its original location in Fort Myers, Florida to East Liverpool, Ohio (where it continues today), making East Liverpool the “dunk tank capital of the world”.

Mr. Smith relied on his years of sales experience to find new markets for Twister Display’s dunk tanks.  In the early 1990s, with the advent of the backyard inflatable, the party rental industry exploded, and the Easy Dunker paired perfectly with inflatables to create a highly lucrative party rental package.  Thanks to Harry’s personal visits with rental store owners and attendance at various trade shows, Twister quickly became known as the go-to source for products that make fun profitable. 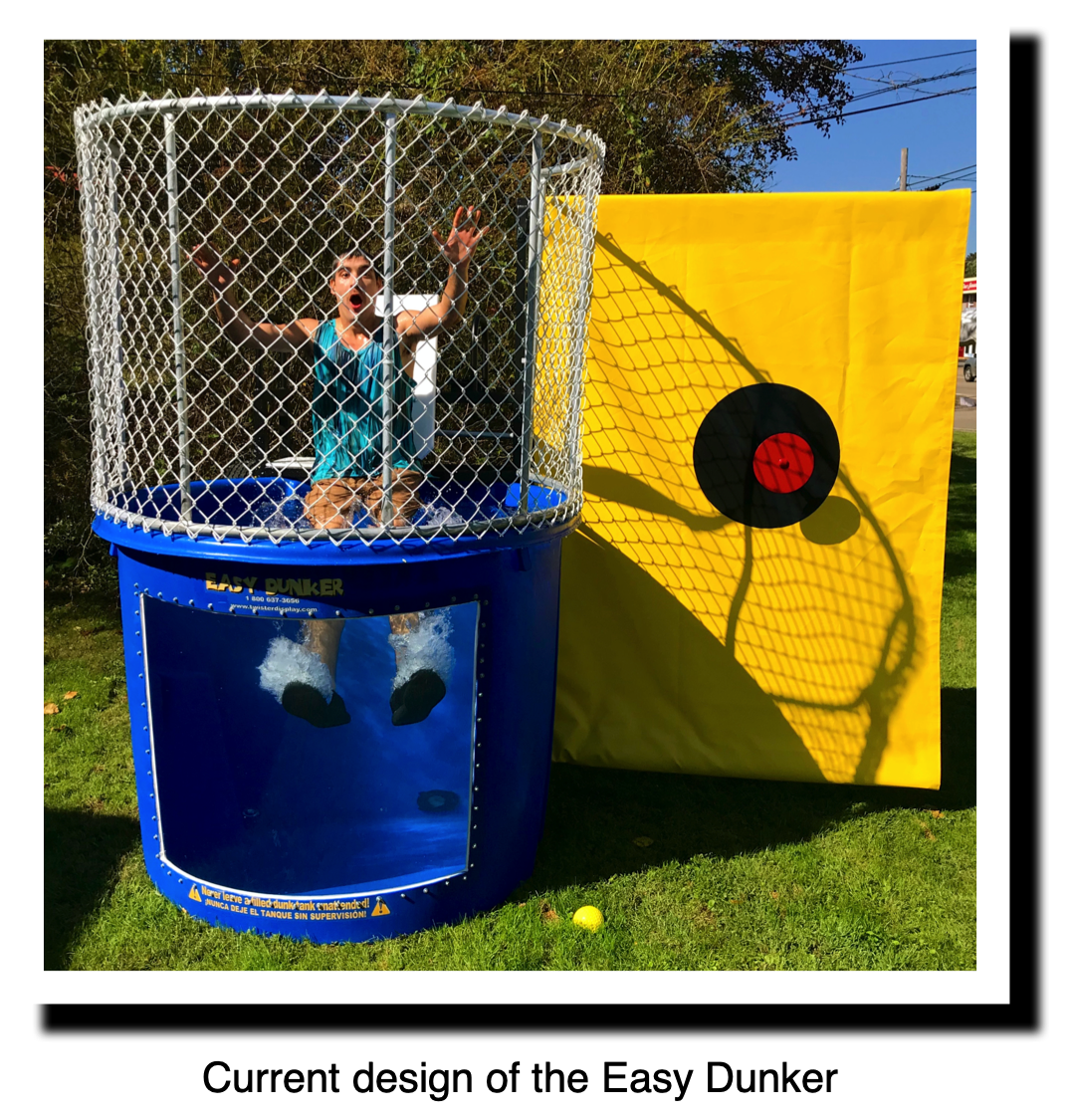 Over the years, Harry and his team have refined the Easy Dunker’s design, adding important safety features, making it more user-friendly and reliable.  They have also added an extensive line of carnival games and interactive attractions, such as towable high strikers, portable sports games, and an innovative pop-up escape room. 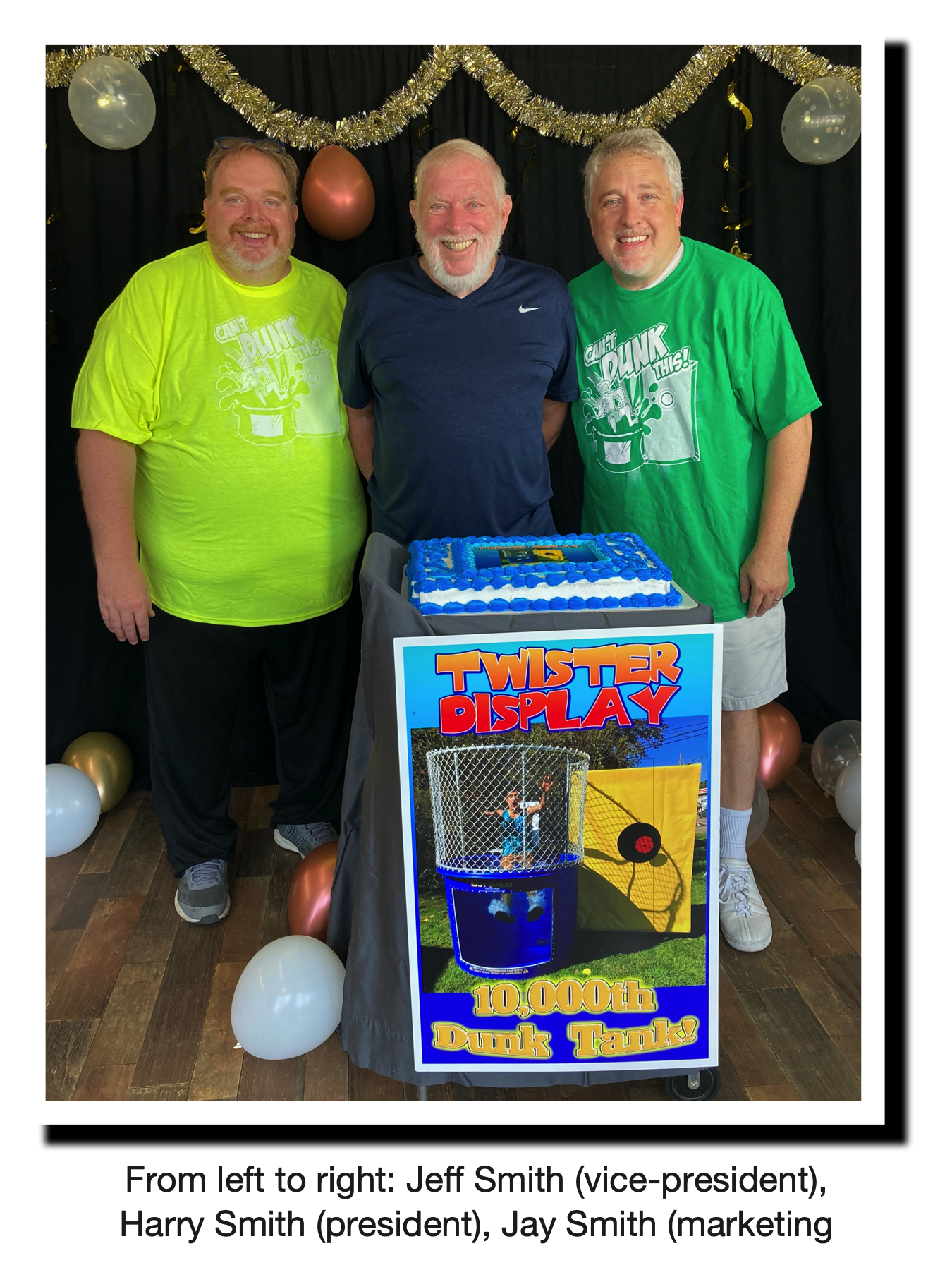 Twister Display currently operates out of their plant in East Liverpool with 15-20 employees.  Harry continues as the president of the company, and serving alongside him are his sons, Jeff Smith (vice-president) and Jay Smith (marketing manager).

Over the past four decades, the Easy Dunker has resulted in millions of people dunked, and tens of millions of dollars generated!